Once again... been a while, hasn't it? Insert the same excuses as before, though it's still the truth: both

soggytoast, as well as myself, have been super busy juggling multiple projects for quite some time now (plus life in general has been very much hectic). So it might seem that Life Meter is hardly a priority at this point, but that couldn't be further from the truth. Though while we all wait for the next big development that directly pertains to the Life Meter community, I've been allowed the chance to pass along the following, which is somewhat relevant to you fine folks.

I'm doing another art contest! Perhaps a few of you might recall the Persona related one I held over at my site two years agon. Which was such a success that I'm doing another one. This time, the subject matter involves the various ladies that have appeared in assorted Grasshopper Manufacture titles (No More Heroes, Killer 7, & Flower Sun Rain to name a few).

Why just the ladies? Well, the grand prize winner's piece will appear in my upcoming forth installment of the FORT90ZINE, as that issue's pin-up! Past installments have included Claire Redfield, Mona from WarioWare, and Samus Aran. Which means there are a few additional things to note, as it pertains to size and dimensions and the such, cuz it's a centerfold and all. Though before getting into all that, how about we check out the prize package that also comes with the winning entry? The pot includes...

Two sets of postcards, pre-order bonus items for No More Heroes for the Xbox 360 and PS3, which were only made available in Japan:

A guidebook for those same game(s), which also includes tons of awesome "making of" material:

( Collapse )
Well, if you haven't heard by now, our pals at UDON are holding a contest to be in their upcoming MEGA MAN TRIBUTE artbook! It was only a matter of time, and just like the Street Fighter and Darkstalkers tribute books, this one will surely have some of the coolest and most gorgeous Mega Man art you've ever seen! Make sure you check out the website for details. Submissions are due by January 31st, so what are you waiting for??

Here's a recent drawing I did of Sonic The Hedgehog:

It's been way too long since our last update! But rest assured, we've all been busy busting our butts compiling the best game related comics and funny drawings this side of the [insert favorite video game locale]. Though also, each one of us has had a particularly busy past couple of months. But excuses, excuses, excuses...

And a head's up! See that first image below? We are officially 24 hours away (actually, a little less than) till the Penny Arcade Expo! Or PAX Prime as it is now officially called. And once again, I'll be on-hand selling both Life Meters Volume 2 & 3 at the Attract Mode table. No doubt everyone reading this has a copy already and could perhaps either use another to, either as a gift for a dear friend, or to replace your own copy, which has become tattered and torn from the constant lending?

But serious, stop on by for some additional cool stuff, which is related to the Life Meter universe, but is a surprise! Guess you lucky folks going will find out for yourselves this weekend!

Then, the weekend after that, the entire Life Meter crew is converging at Small Press Expo! And as most of you folks already know, our fine Life Meter cohort Raina Telgemeier did the official poster!

Hope to see you all, on whatever side of the country you might be!

Hey gang,
If you are going to be at the San Diego Comic Con this week, I'll have copies of Life Meter #1 and #3 (sorry #2 is currently sold out) at The Comics Bakery booth in Small Press L-06. There will also be tons of Life Meter contributors at the show as well! Hope to see you there!

Every now and then it's fun to post some animated video game fan art.

Check out the fantastic short, "Mario's Ladder" by Cory Godbey, who is also a brilliant cartoonist/illustrator, whose work can be seen in Flight volume 6.

Finally, after all those hard battles, grinding for experience, and completing numerous side-quests, you can own Life Meter 3!

fortninety  was released on this day 33 years ago! 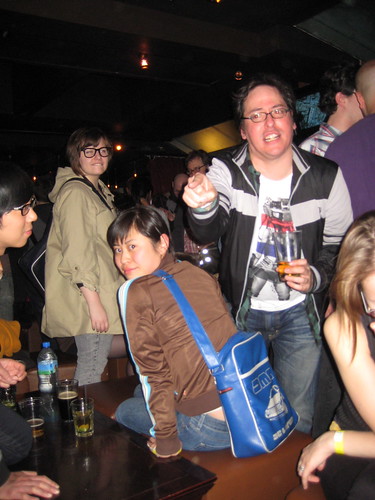 Check out all of Matt's stuff that's relevant to your interests here!

Just a heads up that freshly-printed copies of Life Meter 3 will be available through this site in late April. But you can also can grab them (sans shipping fees) at one of our various convention appearances. Here is the rundown:

Matt Hawkwins will be teaming up with video game culture shop Attract Mode and exhibiting at Pax East in Boston, MA. There will be an assortment of Life Meter books as well as Matt's new Fort90zine and all the cool T-shirts, prints, buttons and assorted merch Attract Mode has to offer.

Dave Roman along with the Comics Bakery will have Life Meter books at the following shows:

Hope to see you out there!
Collapse